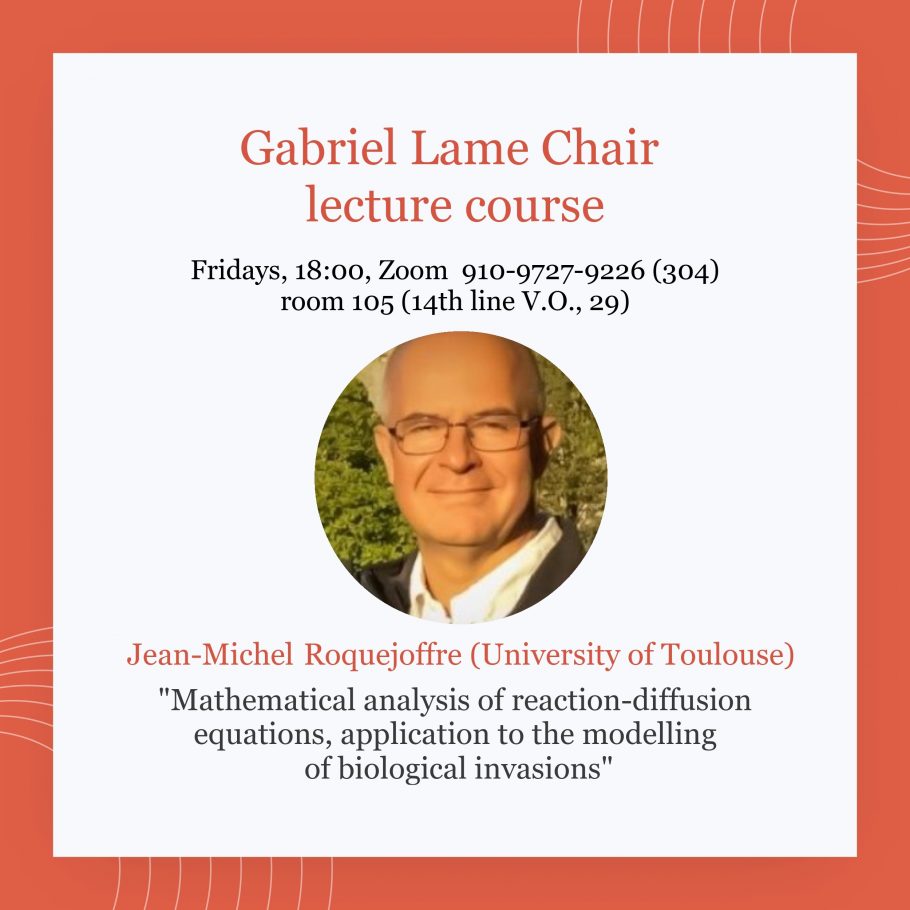 Reaction-diffusion equations describe the evolution of an unknown function by two competing effects: the diffusion, that tries to average it, and the reaction, that tends to push it up. This is a relevant way to model biological invasions, that is, processes in which a living species, of the animal, vegetal or bacterial type, settles in a given environment. In this context, the unknown function represents the distribution of the
population, the diffusion describes the movements of the individuals, and the reaction accounts for the reproduction.

The basic question is to understand how fast, in the models under consideration, the invasion will occur. More mathematical questions concern the ultimate shape of the invasion, that is, whether the unknown distribution will assume a universal profile for large times, and if yes, the precise asymptotics of such a stabilization process.

An important emphasis will be given to the study of the Fisher-KPP equation (the acronym means Kolmogorov, Petrovskii, Piskunov, and refers to their seminal work on the equation which bears their name). It arises not only in the present context, but also in the study of the Brownian motion. I will review some of the most important properties that have been understood on this equation. I will also use it as a comparison tool with more elaborate or less conventional models that I will derive and analize. One will be the effect of a nonlocal diffusion, which I will use to explore the mathematical modelling of the propagation of epidemics. Another will be the influence of a line of large
diffusion on the overall invasion process, whose analysis will show a sharp contrast with the features of the Fisher-KPP equation. All these situations carry very interesting unsolved problems that I will also take some time to describe.

Records of the lectures will be available here